For society to try to understand criminal behavior, there have been many theories of crime. These theories focus on the main question being,

why do criminals commit crime?

There are quite a few of these theories, but the one I find myself in most agreeance with is the social learning theory.

The social learning theory is a mix between classical as well as operant conditioning. It involves what is called intrinsic reinforcement, which is a form of internal rewards. These rewards being things such as pride, self-accomplishment, and satisfaction.

The social learning theory helps researchers understand how things like violence and aggression may be observed and modeled behaviors. Researchers within this theory study things like media violence, and how observing such could possibly lead to modeling the same behaviors. The social learning theory can also be used for good. By spreading positive messages through popular platforms, there can be change in certain behaviors.

I believe that the social learning theory is the best reasoning for crime. To explain why I think this, I’m going to share details from the life of a childhood friend.

This friend, (we’ll call him Ben), was the sweetest guy. He made perfect grades, was very intellectual, and he made everyone around him laugh. Ben looked like he had a great life, and a great family, but behind closed doors it was different. Ben had been around drugs his entire life. His parents got together because of drugs, and they stayed well involved with drugs and alcohol throughout all of Ben’s life. I remember Ben telling me that when he was about five years old, he was taken into a drug house with his father, and he watched a guy get stabbed to death right in front of him.

By the time Ben was a teenager, his mother used him as a connection for pills and meth. This became a gateway for Ben into a dangerous lifestyle, before even turning seventeen years old. The years that followed Ben were filled with crime. He spent time in juvenile detention centers, rehabs, halfway houses, jails, and prisons. He did AA, and NA, he tried therapy at times. Nothing ever seemed to help him, and he tossed his life away, never seeming to get it back. His petty crimes worsened as he went through the prison systems. He couldn’t live a normal life; he would always wind back in prison. The last time he was out on parole, he murdered two people for reasons still unknown.

Now, I know that Ben deserves to take accountability for his actions. But I can reason with why he ended up in the shape he’s in. He has a sister that is less than two years younger than him that turned out he exact opposite of him. Perception and Ben’s internal mental state were the downfall to him. Due to the social learning theory, one could argue that Ben didn’t have a fighting chance for a life without crime. He was exposed to a dangerous lifestyle as soon as he was born. He does not remember a time in his life that he didn’t know what drugs were. He saw not only his parents partaking in the drugs and awful lifestyle, but everyone around him. As he grew older, he started hanging around the same type of people that he had observed his entire life. This progressively made him a criminal. Then, while doing prison time, he was exposed to even more criminals. This had to of played a role in the development of the monster he now is labeled. It just goes to show me that you can take the sweetest, most pure soul, and being around the wrong people in the wrong environment can change everything about a person.

I believe that the social learning theory helps define why crime happens. So often we see people repeat the lives of their parents. And if not their parents, the people around them. TV shows, movies, music, everything we involve ourselves in plays a role in who we are as people. Our mentality, moral values, and personal lifestyles all make up who we are.

What theory of crime do you agree with?

← Mental Health in America: A fight for humanity 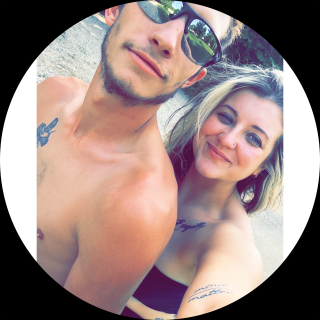